Have you always wanted your kids to learn how to play the piano? Well, there’s an app for that! 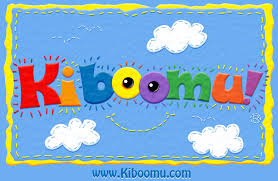 With this play-a-song iPhone app, children can do the following:

♫ follow the lighted keys or match the colorful music notes to the piano
keys
♫ watch the piano keys light up one by one with the song
♫ press the start button and sing along
♫ add animal sounds to the song
♫ hear the song played on a banjo, xylophone, harp, flute, bells and more!
♫ record your child singing and playing the piano!
♫ sing and read karaoke style lyrics in English, French & Spanish 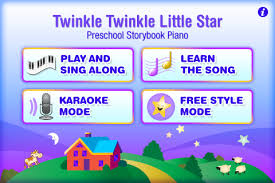 There are 4 modes in the app:

In all 4 modes you’ve got the chance to choose what sound you want your keyboard to make. Your choices are:

Twinkle Twinkle Little Star was both reviewed by my 2 year old and me, and a little help from a 9 month old’s fingers who were trying to sneak the phone away from us!

My son, A, really liked the app. He really enjoyed playing with the piano. It did not matter on which mode the app was, all he cared about was the piano. Since he is 2 years old he didn’t grasp the idea behind the piano playing. He did see the keys light up but didn’t know why they were lighting up for.

While we were trying all the sounds he got the most excited with the animal sounds!

Once he let me use my phone, which was after an hour or so of him hiding from me while playing with the piano, I gave it a try too. It is quite entertaining. I now know how to play the song better. I still follow the lighted keys, but I am getting to the point of perfection.

I liked the simplicity of the app and the graphics. It is easy to understand what you are supposed to do unlike many apps out there where you have to click buttons randomly while trying to figure out what it is for.

Great app in our opinion. A most have!

Disclosure: I received this app for review purposes only. No other compensation was received. The opinions stated are my own and were in no way influenced by Kiboomu.