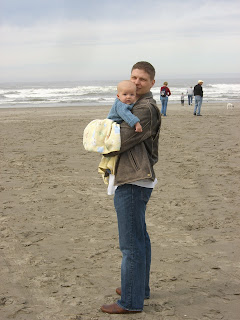 Our trip to the coast was so much fun!!

First, Ty, Alexander & me stopped at Seaside so that Alexander could see the ocean (sea) for the first time! And of course he did not care a bit! Still, he liked playing in the sand!!

It was chilly and the water was freezing cold! It felt as if I was standing in ice! My toesies hurt for quite some time! Ouch….

I am amazed at how windy and chilly it was! (Lets remember that beaches in Mexico are HOT! and humid!)

Alexander did not get the chance to touch the water this one day…but I’ll tell you about that later…when we got to the part of Cannon Beach! Hehehe

Ty and Alexander got to play a little in the sand…Alexander at first hesitated to touch it. But once he did he almost shoved it in his mouth! 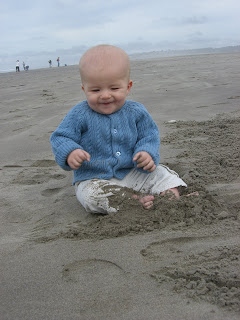 He sat there in the sand staring at it as he touched it and covering his pants in it.

He enjoyed him self so much! It was amazing seeing him have so much fun! He got to sit all by himself so that mommy could take some pictures!

After he realized daddy wasn’t behind him, helping him sit up, he looked at him as if saying “Hey! What are you doing over there?” and he fell flat…on his face! So cute!! We had fun, but it was time for us to leave for Astoria and of course, he had to go shopping for some hoodies for Mr. Alexander! He got two: one red and the other brown. I must admit that he looks really good in red 😉 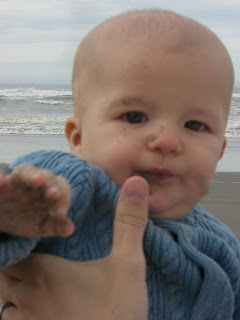 So back in Astoria we met with Lorena & Rick and I can’t remember what we did that day…hmm…Oh, remembered!! (Had to cheat a little -looked at the photos! hehehe). We all went to Seaside to walk around and have lunch/dinner (lunner!).

We made a stop at a candy store (Salty Water Laffy Taffy store…I don’t like laffy taffies! They get stuck to your teeth!). Lorena was like a little kid in a candy store!

On Saturday, everyone but Tyler, went to Cannon Beach! Alexander got some more play time in the sand. Thankfully Saturday was warmer and not so windy so Alexander got the chance to touch the water! But I do not have pictures of that! Hmm…Back in Cannon Beach (town) we walked around for a while. It looks like Maine. Little cute stores, all with the same sidding. With courtyards and water bowls for the dogs. I was amazed by the quantity of Antique stores!! (I can’t find any here in downtown Portland!). 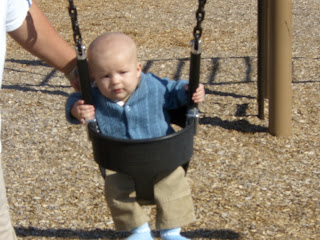 We had to make a stop at the park where Alexander got to swing for the first time! XD (It was a weekend full of first times for that little man!). He loved it! He even swung him self! Just like big boys do. 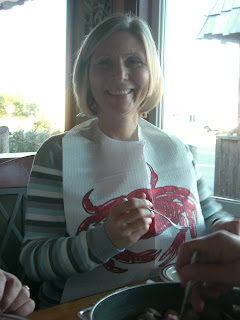 That night we all went to Long Beach, WA for dinner. Lorena & Ty had crab….and I have proof! HAHAHA…Even Alexander got his own crab bib!! Hehehehe….They also ate clams…yuck! I am not a seafood person. I only like shrimp and some food…and SUSHI!! 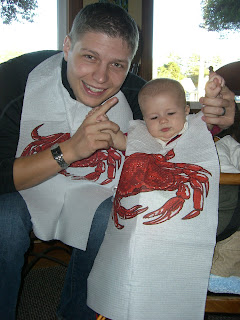 I realized I have overcome my fear to crabs…only if they are dead and being eaten by someone else but me! 😀 YEI ME!! Sort of….

Sunday was time to come back home.

We all stopped at the ‘could-be-our’ house…and I just realized that I will have to paint the walls!! I just can’t stand white/beige walls everywhere!! It’s just plain and boring…I want some horizontal lines on an accent wall somewhere but I already got the no way response by Tyler! 😛

I really had lots of fun this weekend! Unfortunately there was a load (or 3 loads) of laundry to be made back home! Argh. Fortunately that’s all done.

Oh, Ashley did not get the chance to come. She had to work on Thursday…or something.

And if I am not allowed to post some of pictures, please let me now! I might leave them there…or I might remove them…I dunno! Hehehe