Oh man. Yesterday was such a long day! And quite eventful as well!

Went up to Skyline Elementary school to help find a 7 year old who got lost the day before. Couldn’t stay, the policeman said there were already 150 people helping and that by the moment they needed no more help. It looks like he hasn’t been found yet. Our prayers go to his family. Hope he is found soon and well.

So, we then went to the Farmer’s Market ’cause Ty wanted a hot dog thingy. And I needed some coffee!! Talking of which, my coffee is cold now…oh well. 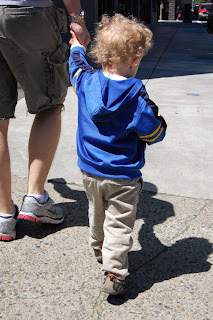 We took the Streetcar back to the car. Alexander loved the ride!! (He calls the streetcar BUS) 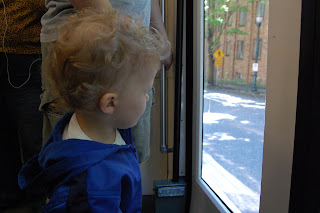 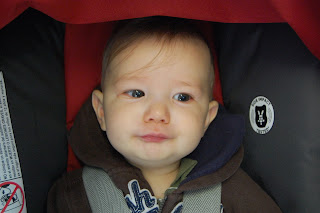 I caught him at the end of his yawn…! hehehe

We then went to the Carnival at the South Waterfront Park. And we walked around for a while. Looked at the big ships from the Navy and such… 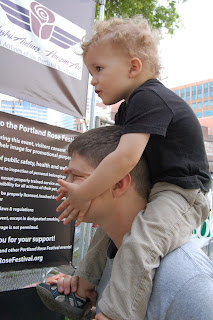 Since little bean is 2 now he got to go on the rides!! 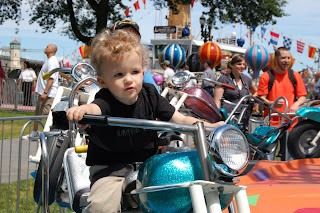 Alexander first got to ride some bikes. He was not sure as how to go about it. As soon as it was over he wanted off! 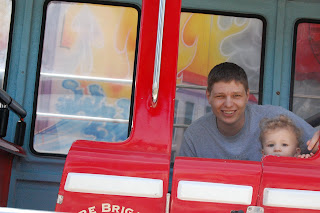 It was now daddy’s turn to take him in the Fire Truck aka BUS ride! He liked going up but not the coming down until daddy held on close and cheered him and then Alexander was ok with it. 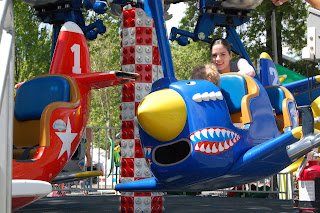 Now it was my turn. we flew up in the sky and he seemed to do better. Really serious so couldn’t really make out if he was enjoying it or not. 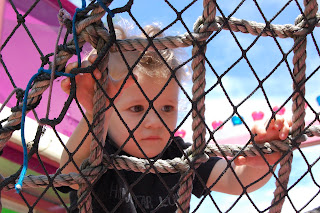 He then went up on this sort of maze thing with ropes and catwalks and slides and a ball pool!
We didn’t know how he was going to do. He feared he was gonna freeze and we would have to go get him! 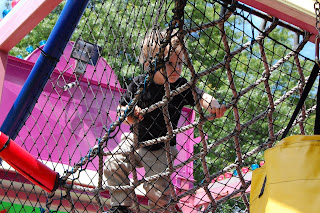 But up he went. All by himself. Taking his time… 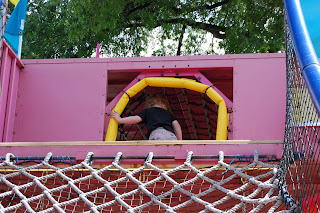 Into the catwalk…gotta check it out first before you venture, you know? 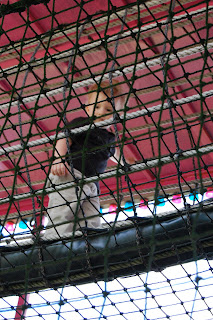 Walked along the catwalk. Slowly. 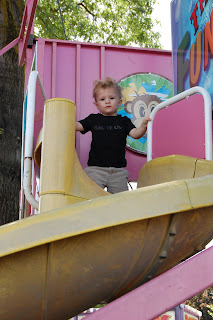 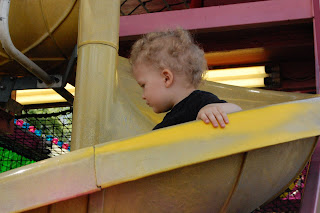 And down he went! All by himself! He usually ignores the slides at the park…but he did awesome! 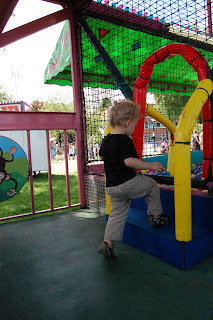 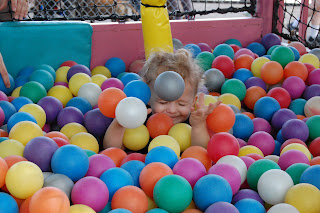 …and into the pool full of balls!! He got a bit scared at first… 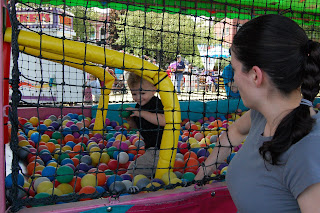 …but mommy started playing with the balls and then he figured out it was all OK! And there he went. Playing around trying really hard to move forward. And then 2 little girls jumped into the pool. He lost him for a moment! Gotta flirt you know! Both girls were older… 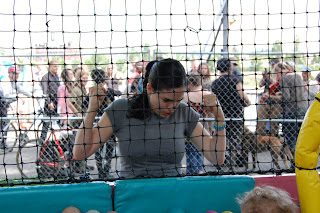 And here I am telling Alexander to use his muscles so that he can move around the balls! 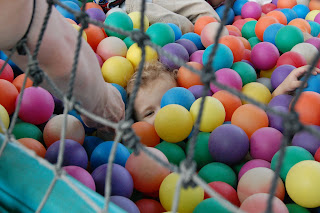 Where did Alexander go?! Oh yeah! I see an eye!! 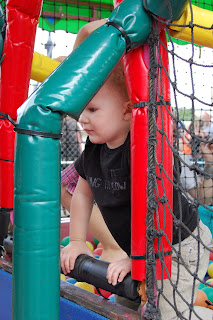 We finally got him to the other side!! Took quite a while! 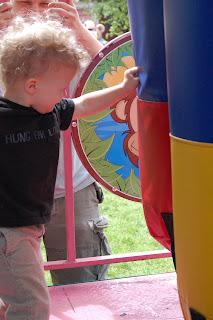 Pam, pam…paaaaaaaaaaam!! Loved the punching bags!
We had to take him against his will. He was having so much fun! But we had to go because the parking ticket had expired!
We then went to Grandma Rowe’s house. Hung out for a while…and…HAIRCUTS!! These were both their first haircuts.

And after all these we still got to go to the Starlight Parade! It was so late that the boys did not get to enjoy it that much. 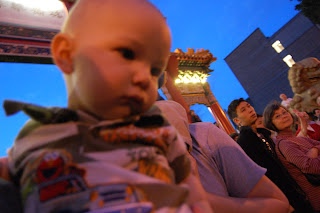 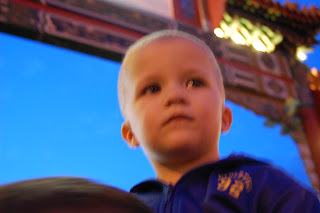 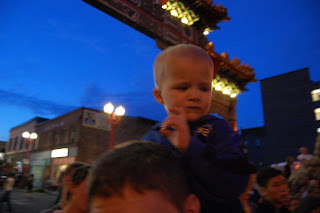 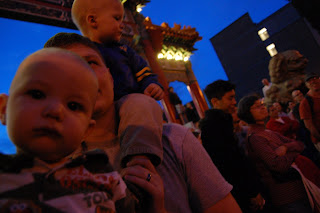 Those were some highlights from the parade…!!