Jacob is getting oh so good with his walking! He sometimes lets go without even noticing. Then he just realizes what is going on and falls on his butt.

These are some photos from the 6th: 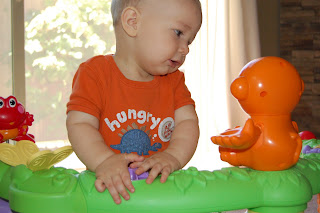 Jake had a little staring contest with the monkey. 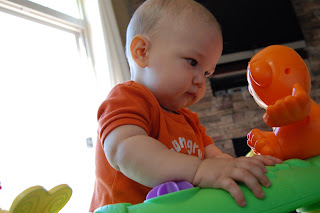 This time it looked quite intense!!
It is safe to say that Jacob won in both cases! 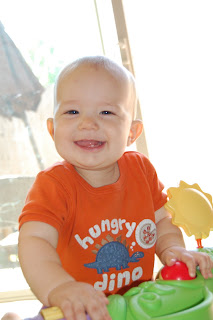 He is so cute! I don’t get tired of saying it! Look at that smile…and the tongue action! 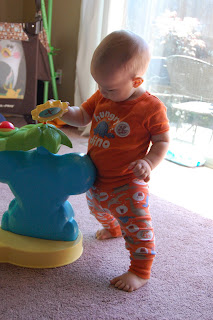 At first I thought he let go of the toy and was standing all by him self. Then I moved sides and this is what I saw! Mr uses his belly to hold on! So smart! 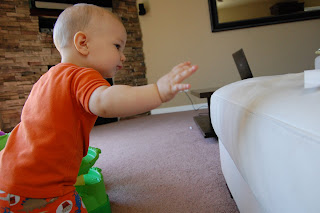 Gotta make it! He tried so, so hard! 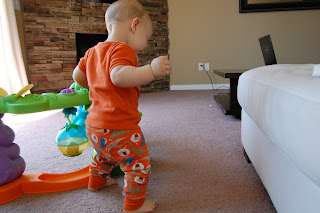 Getting frustrated. He didn’t make it though. I had to help him a little. But he is getting better. 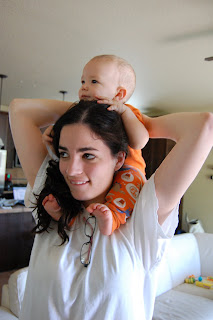 I put him on my shoulders and he grabbed on to my hair like it was going out of style! And man did it hurt! Ouch! 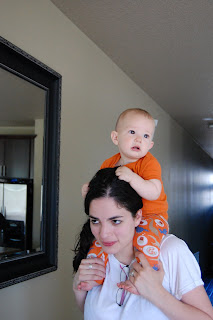 At such altitude a car caught his attention! And of course he did not let go of my hair at all!